Recently I have been taking a lot of images for DPChallenge.com. In fact, I'm on a forced march of twelve weeks in a row due to playing on a team with a select group of people for a select amount of time - 12 weeks! I've got a great team and we seem to be holding on to an overall average score that is keeping us in third place. 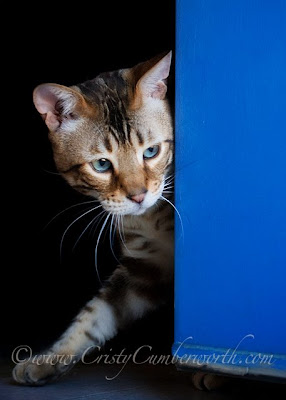 A few weeks ago, the two topics we had to choose from were Red and Blue. I spent a good deal of time trying to get a nice image that conveyed the topic and my extremely curious and helpful cat, Cecil, was there to help and cheer me on for both my shoots.

For Blue, I tried to incorporate both his blue eyes and my blue door. It was tricky and eventually I got him to come around the door after I had placed a black matte board against the wall. Cecil had to go through the act several times before I finally got it right on my end.

For Red, he wasn't a planned part of the shot, but he just had to check in and make sure the Gerbera Daisy was the correct hue for the paper backdrop behind. Oh, and he decided he might as well stop and smell the thing while he was there! 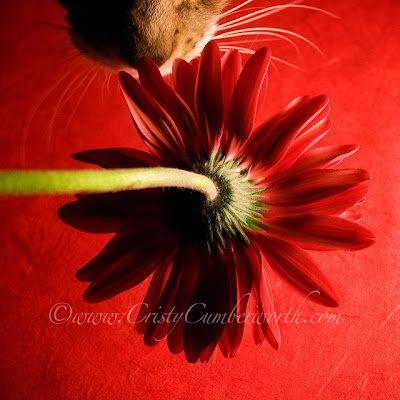 All in all, I ended up using a flower shot that didn't have his nose peeking in and helped clinch another decent average score for my team.

There are more kitty photos here. Of Cecil, Squeak, my dearly departed Ollie and various other furry felines.
Posted by Ristyz at 12:45 AM No comments: 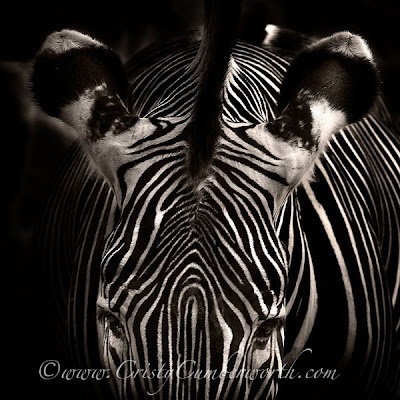 Last week I travelled to California to meet up with other members of the Vision 18 Collective, a band of fellow horse photographers. We were hosted by the ever gracious Terri Miller, Axel Steiner and Tinto. The gathering included several shoots, one at Fox Hill Farm, a dressage barn near San Marcos, CA. The following day we took a drive out to the Imperial Sand Dunes near Glamis, CA to photograph a pair of arabians in the sand dunes. The last day we ended up at the San Diego Zoo where much cuteness of Meercats and the like was observed and documented. 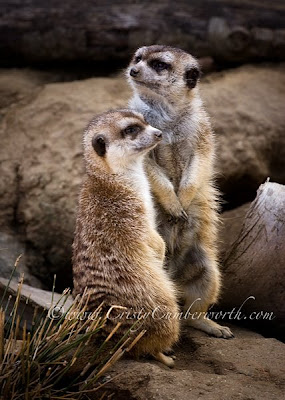 We took a wild group shot before heading to some fine wine and dining on Coronado Island in the San Diego Harbor. 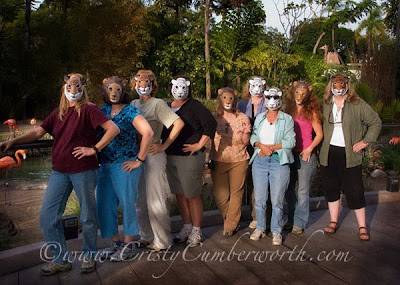 Whether you agree we (the U.S.) should currently be at war or not is irrelevant on this day of remembrance. Thank a veteran for their service today if you find one. They aren't always super apparent in public but they are there and maybe just under your nose.... or maybe under your horse! In my horse world, I have at least two that I communicate with on almost a weekly basis.

Over the years I have known my horse's veterinarian, Dr. Joe Quintana, I've put together pieces from various conversations that made me aware that he a veteran from the Vietnam war era. My horse's farrier, Cody Mathews is also a veteran from the Iraq war. I depend on these two men for a significant part of the care of my horse. They are both incredibly dedicated to and passionate for their chosen professions and my horse and I thank them for that often. Today I want to thank them additionally for their service to our nation, the United States of America, as well.

Thank you Cody, Thank You Joe, for your dedication to both my horse and my country. 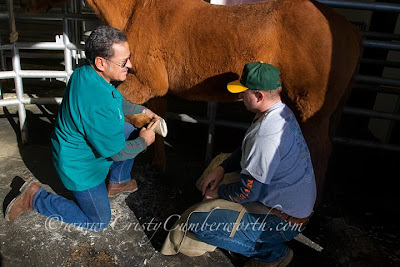