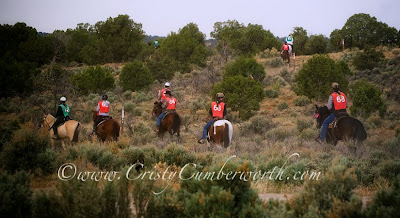 The beginning: When I was young, my parents lived in Albuquerque, NM. In 1972, my mom went to her second competitive trail ride and managed to drag my dad along. Well, little did either of them know, that was the beginning of a long life that included Competitive Trail Riding. Simply put, my dad said, "We can host one of these!" Two years later after moving to Farmington, NM, they did. 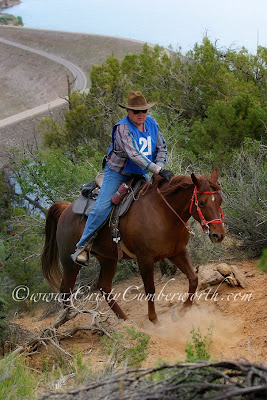 The North American Trail Ride Conference had existed for almost 15 years at the time, Region 3 was not yet official but NATRC still sanctioned the ride. Now, the Navajo Lake CTR has been sanctioned for 34 years consecutively. It's one of the top 5 rides in NATRC that has been run consecutively with no interruptions. There have been 4 campsite changes since the beginning and now many of the trails are permanently marked and recognized by the BLM. In fact, the BLM, Chris Barnes of the BLM in particular, helped mark it with carsonite signs and rock cairns and a slew of volunteers from San Juan Valley Trail Riders. There is a permanent parking area and 4 different loops available at any time for riding. 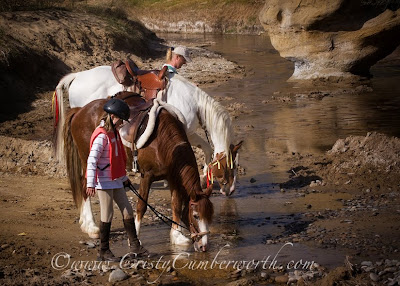 The competitive ride utilizes sections of the permanently marked trails as well as new trails and some of it's old historical trails as well. They like to keep it fresh and interesting. The trail also varies from ride manager to ride manager, they all have their favorite areas to ride. Yes, over the years there have been different managers of this ride. Not only did my parents bring Competitive Trail Riding to the area, they also got many others interested in it. There is a pretty solid core to our local "club", The San Juan Valley Trail Riders, and they all take turns managing the now 4-5 regular rides in the area. I put "club" in quotes because it is a club where there are no dues, no membership list and if you want to be included, just come to a ride or meeting! Mostly San Juan Valley Trail Riders is just a checking account with which to support the rides. 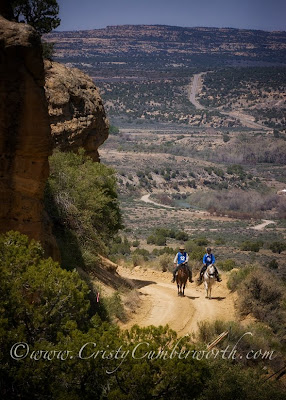 Other ways this CTR has impacted our family: Well, my mom became a horsemanship judge, my dad became president of NATRC for a while, My sister, Cathy and I had a really good reason to spend lots of time with our horses and I'm sure that kept us out of other trouble. My brothers weren't immune either even though they weren't into riding. We all got to spend lots of quality time outdoors in a relatively free environment with lots of adults keeping track whether we knew it or not. My mom, Cathy and I all got National Awards and lots of practical horsey knowledge. (NATRC rides require that you care for your own horse at competitions). My sister went on to compete in the Intercollegiate Riding Team for NMSU. The coach was thrilled to have a student with ZERO AHSA points and a lifetime on a horse! She eventually went on to win a Intercollegiate Reining title. I would not be an equine photographer without the NATRC CTR background. 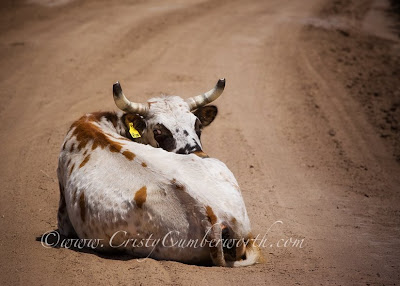 All in all, the Navajo Lake Competitive Trail Ride, started way back in 1974 by my parents, has made our family rich with good, good friends, an extended sense of community, excellent horsemanship, equitation, sportsmanship and horse care skills both on and off the trail and provided a background from which the kids, particularly the horse-crazy girls, in the family could really expand. What a great sport and I owe much of the quality in my life to it.