While in New England shooting some hunter/jumper shows with Amy Cody, I had almost a week of down time between show number one and show number two to do some looking around. I went with Amy's mom to Maine briefly. She had to stop by a breeding barn and then go over to a client/friend to see a 2 week old Welsh Cob baby. 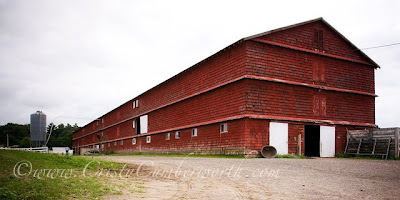 The breeding barn was one of the largest red wooden barns I have ever seen. They just don't build them like that in New Mexico. It was fully three stories high and the horses resided on the bottom level. I could only guess what might be in the upper level(s) besides a lot of hay and storage. 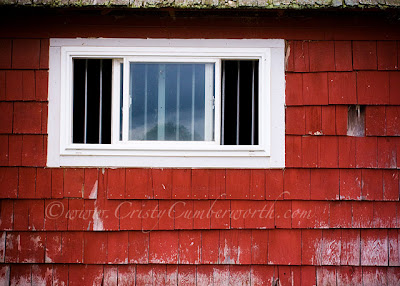 The farm also had more than one of these monstrous barns.

The farm mostly bred Standardbreds but they also did breeding for local mare and stallion owners as well. Inside, the ceiling was low and it was dark. The mural on the wall in the AI area was funny. 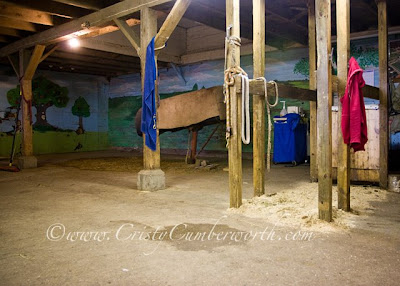 All blue skies and green trees! Then sheer number and size of the support beams overhead was impressive. All the better for tons of hay I suppose. 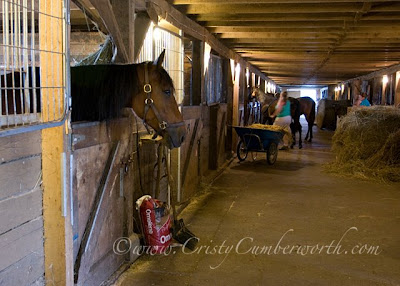 I wandered out to the fields where the foals and yearlings were. Way off in the distance you could see the half cut hay fields. It was quite hot and humid so there wasn't much frolicking going on. In fact there was far more napping. 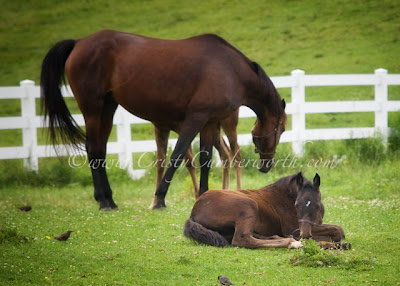 Most of the foals were older and independent as they were, like the thoroughbreds, timed to be born as close to January as possible since January 1st will be their birthdate for life. Only the year counts. The small herd of mares and foals were well cared for as well as the yearlings in the other pasture. 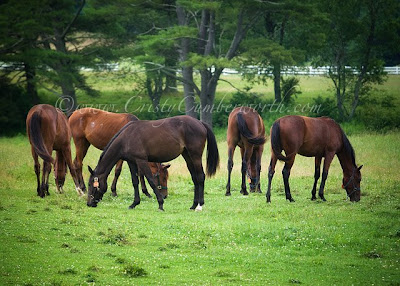 So nice to see breeders trim their foals hooves from birth. That makes for so many more successful futures with balanced feet. We didn't stay long, but I was able to take a few images of interest including this soft eyed, friendly broodmare. 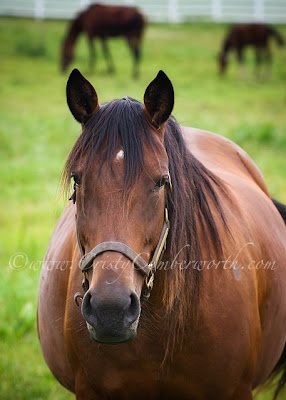 Posted by Ristyz at 9:13 PM No comments: