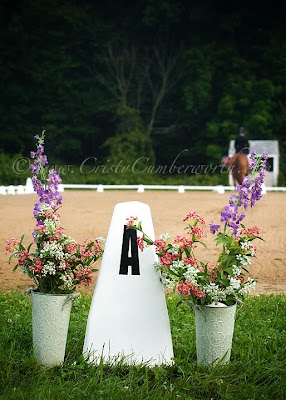 While in New England I had the chance to be a second camera at the University of New Hampshire dressage show. I jumped on the chance since I had never officially shot at a dressage show before. Oh, I've shot plenty of dressage tests, but it's all been the dressage phase of horse trials or 3-day eventing and mostly only lower levels of it. I have also been to dressage shows and shot a few pix, but never as the Official Photographer all day long and never with a lot of the upper levels like Level 4 and above. Needless to say, I was quite excited at the prospect of shooting more than one horse at the Prix St. George, Intermediare and Grand Prix levels. 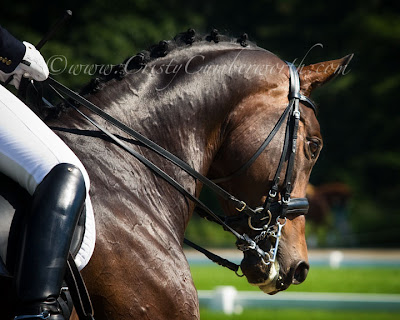 I wanted the most to find out if I could catch a good canter pirouette image. So many things have to come together, the horse, the rider, the angle and background as well as my ability to read and time it. At the UNH show I was fortunate to gets lots of practice and one really good Freestyle ride where everything came together to let me grab it. 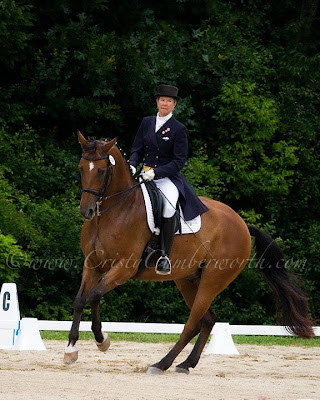 If you wish to see all the proofs from the UNH Dressage Show, the Official Photographer that I worked as a second camera for is Mystical Photography.
Posted by Ristyz at 12:25 PM 2 comments: