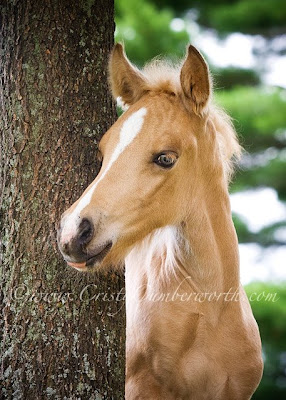 A super cute, 11 day old, Section D Welsh Cob foal was the main reason for the trip to Maine. He was a bit shy at first but eventually he approached the black unwavering gaze of the camera lens with the cover of a helpful tree. Soon he was too close to photograph and was rewarded with good scratches all over. 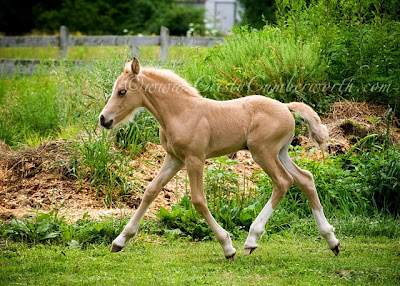 With some encouragement, via trotting out mom, he showed off his future dressage trot. Welsh Cobs and Welsh Cob crosses are becoming popular dressage mounts. There is North Forks Brenin Cardi on the west coast and the up and coming Quillane Apollo on the east coast and the sire of this foal. 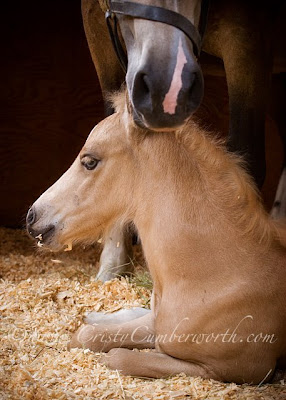 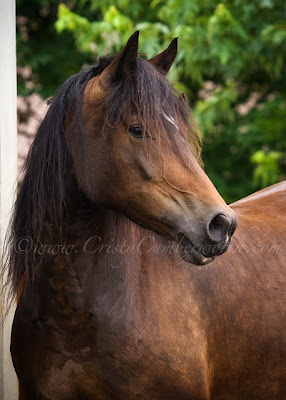 After his workout, the as yet unnamed foal, went back to the barn for a good nap with the ever watchful mom standing guard. I had to go stalk other horses for entertainment. Another Welsh Cob mare.