Amy Cody and I teamed up for 3 hunter jumper shows on the east coast. The first of which was in New Hampshire, the NHHJA Summer Festival Show. We arrived at the show grounds about 7pm Friday evening right as the skies opened up and dumped an awful lot of rain with wind speeds of a velocity worthy of tipping the porta potties. It's true, 3 of them! Well, at least it won't be dusty! 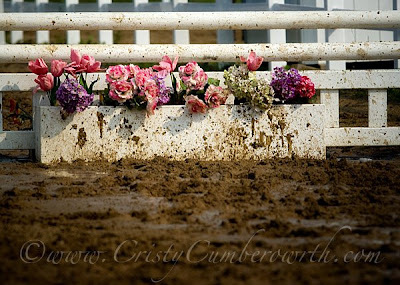 Once we got our bearings we went to find the hotel. We checked in and prepared everything for then next day's shoot.

After everyone was ready for bed, I went out to sit on the porch for a while, check email and the radar and chill. Along came another good rain storm. I sat under the eaves just watching and I caught a glimpse of something out of the corner of my eye in the bushes next to me. I thought I saw a skunk! A few moments later he went by again, yup, a skunk! Less than 10 feet away from me. I just stood stock still and he went on his way trying to find shelter from the rain under the bushes but to his dismay, there were no rain gutters so he was getting rain and rain run off from the roof. Saturday night I was ready for him and got off a few snaps from the 2nd floor porch. New Hampshire skunks have more white on them than New Mexico skunks. 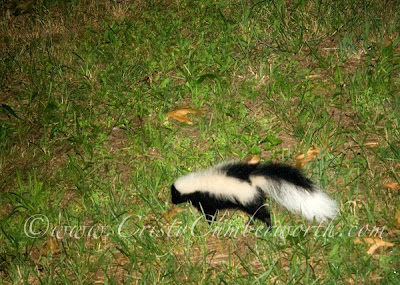 The show grounds was nice and they kept the cars from parking anywhere near the competition arenas. Always a treat for a show photographer. So many show grounds are a cluttered, unorganized mess which makes it hard to get clean shots. 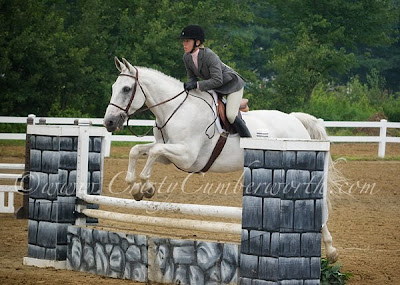 The arenas themselves all had great footing regardless of the amount of rain the night before. They didn't really drain but the all-weather footing was sure.

On Sunday it rained lightly on and off a few times which helped keep things cool but by the time they got to the last class it had started to rain more diligently and the lightning started. They wrapped things up pretty quick and made the decision to have the last class, a classic, at the following show. We packed up and went into town for a nice dinner before driving back to Massachusetts. It rained hard for about 10 minutes while we ate so we checked the radar on Amy's iPhone before we left. Coastal New Hampshire was going to get hit with one heck of a rain storm in a few hours so we booked it out of there and made it home before the rain started. 1.7 inches of rain fell right where we had been. Overall we got pretty lucky shooting betoween two major storms.

The competition images from the NHHJA Summer Festival can be seen at www.classicproofs.com the website we created for when Amy and I work together as a team. Look for the two NHHJA galleries.
Posted by Ristyz at 8:59 PM No comments: