We stopped for lunch and behind the building several trees with bright red fuzzy flowers caught my attention. Amy had pointed them out to me from the road once and told me they were poisonous. I still had to go over for a closer look with camera in tow. 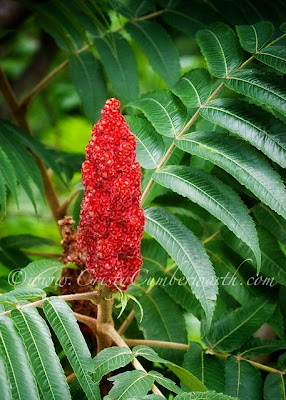 I took some pics and when Amy's mom came out I asked her what they were. "Sumac," she said. "You didn't touch it did ya?" I told her that Amy had pointed it out in passing once before. I had assumed it was poisonous to horses, not people. Amy's mom told me that Amy discovered it once by playing in it and was covered in hives and itchy for a good long time after that. It's like Poison Ivy. Glad I didn't touch it but she did note that this may have been a non-poisonous ornamental variety.

Once we arrived at our destination, Karen's place, I immediately jumped into taking pix of the foal. (Baby pix, next post!) 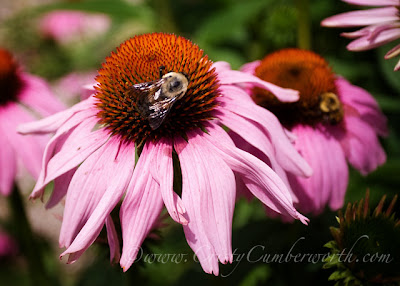 Afterwards I poked my camera lens into her garden while she and Beth (Amy's mom) went in to the house to talk business. There were lots of Bumble bees on the cone flowers so I stalked them for a while with my long lens. 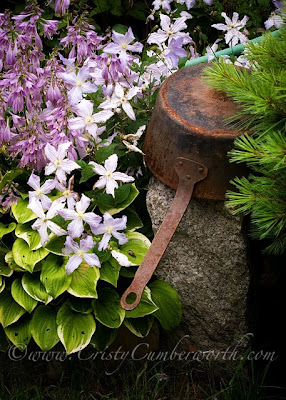 I switched to the shorty lens for a few still life images and scenes around the place. Too bad the plants were a little bug eaten, I still couldn't resist! There was a totally stray peacock feather sticking out of a container. The only one and no peacocks to be seen or heard in the immediate area. The day was overcast but bright so the feather really glimmered against its rough dark wood background. 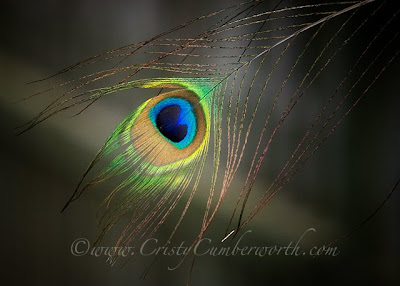 There was a rather picturesque farm across the road with some flowers on the outside edge of the field. Of course, I couldn't resist taking a picture of Karen's barn either being all tidy and fresh looking and set on a grassy knoll! I get a little green-starved living in the desert, but I love all the other colors I get there. 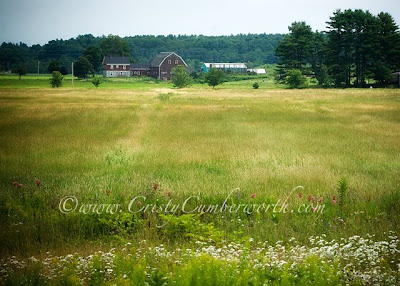 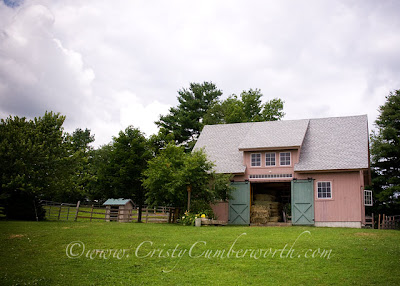