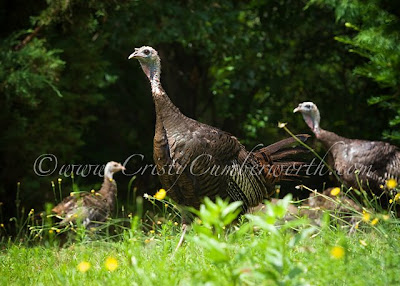 A whole herd of wild turkeys came to lounge and preen in Amy's front yard today. Amy is near Buzzards Bay, Massachusetts and it has been storming off an on for the last two days. Today the sun came out for a while and so did the turkeys. I'm guessing they decided their feathers could use a little clothesline time and Amy's secluded and sunny front yard seemed to be the perfect place.

I was sitting just inside with many windows open and I heard the female turkeys doing their chirpy, soft, happy & content warble. I noticed after a few minutes that it wasn't stopping so I looked out the window and there they were. I grabbed the camera and changed lenses, then located a CF card and formatted it and headed out to the garage hoping they would still be there. They were. In fact, as long as I stayed in the garage they were just happy as turkeys in a spa to stick around and preen their feathers. 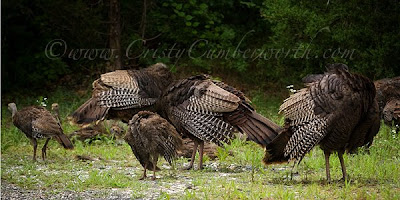 I've seen wild turkeys before but never so many in one place. I wasn't able to do an exact head count since many were milling around but I would guestimate easily 30-35. There were four or five mature males, about the same number of mature females and a whole slew of young 'uns. 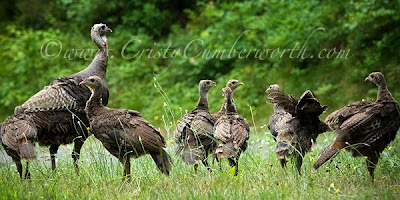 I ended up shooting them for almost an hour before they picked up and disappeared back into the forest in the back yard. 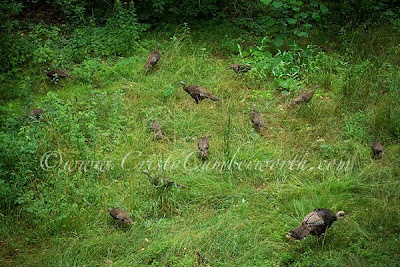 Posted by Ristyz at 4:26 PM No comments: